Six years ago, almost to the day, I was asked to create a 3-page comic for a magazine. The assignment was to make something challenging – even provocative. I chose to make the story an answer to the age-old question, “Why do bad things happen to good people?”.

The premise was that the Shaarei Tefillah (the Gates of Prayer) are closed. In essence, I used those Gates as a symbol of the Age of Miracles having come to an end. We’re told by several religions that our culture exists between an epic past and an epic future. Are we bored and eager?

Fiction has us in the doldrums between epics, too. J.R.R. Tolkien’s saga is set on this world – just 6,000 years in the past. Magic and epic was leaving Middle-earth. I recently read someone’s opinion that magic was alive and kicking even after the events of The Lord of the Rings. Although I’m not Tolkienist enough to argue, I will say it’s been a long while since I’ve seen a spider that wasn’t dwarfed by pocket change.

The opinion, however, stands to show that people Want their magic and will defend it. Tolkien’s suggestion that Arda (Earth) would face Dagor Dagorath (the End of the World) means that defense may be Pyrrhic-Cadmean and ultimately Sisyphean.

If the majority of arrows point in the same direction or aim at the same target, what is the point of other arrows? I am not writing (this blog or the stories it may mention) to be defeatist, pessimistic, or nihilistic. Quite the opposite. Therefore, the Second Law of Magic is: All magic is permanent – at least in my fiction. Any subsequent magic gets stacked on top to either counteract or augment the initial intent. But that first magic will always be there. (Yes, I can hear the arguments about entropy already. The answer to that is: Remember, this is magic.) 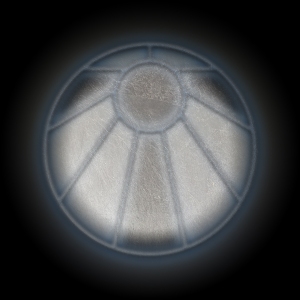 So… what is a good person to do when a bad thing happens? I would begin with Shaarei Tikvah (the Gates of Hope). Sola Spes (By Hope Alone).

Hope + Compassion has been my definition for Minimally Human for at least the last 15 years. For about the same amount of time my motto has been, “The only raw material required to manufacture hope is time.”

And “minimally” may not be fair. Achieving that combination is often a high enough hurdle.

Depending on who it is speaking – the world is in poor shape. The cynic in me sees too many politicians seeking to sow fear and harvest votes. Similarly, the objective of advertising could be seen as the manufacture of a sense of need or want. These are symptoms. Pointing to them in cynicism does not mean I agree about the state of things. If one isn’t careful, however, the provocation to apathy based on futility could really grow discouraging.

I refuse to believe there’s nothing that can be done and no one to do it anyway. I reject ennui. It just doesn’t have to be that way.

Some years ago I praised a good friend for being on his best behavior as a general stance. I observed that many people are rarely on comparable footing – unless called to it specifically. Part of my hope in writing A Song Heard in the Future is that it may be seen as an invitation in the present. Perhaps if there is a more frequent call to being better the reminder might result in more evidence of good, including from myself.

The meme of “Keep Calm…” and innumerable and often frivolous permutations, and despite the commercialization, stems from good advice. The British Ministry of Information produced the original and actually motivational poster in the summer of 1939, in preparation for WWII: “Keep Calm and Carry On”.

Philosophically speaking, may we expect a better destiny by looking to inspire and inform? I would not presume to know the path. I can’t actually draw the actual map from here to “there”. But it seems logical that it involves beginning to turn away from doomsayers. While writing about Teiresias, I couldn’t have his prophecies be entirely of gloom and doom. Nor could his life and times be completely tragic. My motto has for a long time been, “The only raw material needed to manufacture hope is time.” The novel’s main character may prove to be of similar outlook.

I’ve long been leery of people who claim to know all of the answers. That’s not what I’m claiming here or in the novel. The first answer – the first step – is all I’ll point to right now. We have to expect better. That is one way to encourage better.

Forgive me for not including a map to a better future. Unlike Teiresias, I cannot see it. This map represents many of his travels in my book and some of the paths followed by his three daughters.