Talented coauthor and dear friend – Leanna Renee Hieber – shared with me an opportunity to contribute for an upcoming anthology. She and I are among those asked to blur the line between fact and fiction in each of our separate pieces. During the writing I was able to refer to a pair of maps I’d made over ten years ago. At that time I was playing an online game that was a little light on details. Maps of Lemuria and Mu were made to assist other players in visualizing the play environment. And since they took a rather long time to create, I saved the files. I’m truly glad I did. 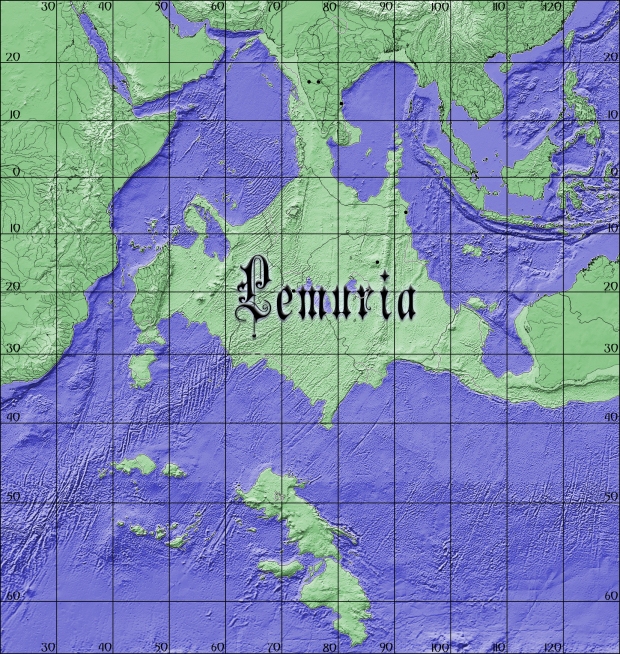 The artistic approach for the fabled sunken continent of Lemuria began with a bathymetric map of the Indian Ocean and the coastlines provided by theory. In the case of Mu, there is not a precise border so the coast used a similar process to build out that of real, existing islands.

In the online game mentioned above, these maps were to record fictional claims on imaginary lands. They were used while I wrote to keep certain details straight. Sunken continents have always fascinated me – at least since 2nd grade. It seems odd that we’re taught the myth of Atlantis before the dynamics of continental drift. Details about the anthology can’t be provided here but updates will be when available and appropriate. I’m curious how each contributed piece (mine and that from Ms. Hieber included) might work together as a whole. When it is released, I believe I’ll be reading it with the same sense of wonder I hope other readers will.