I am old enough to remember research before the advent of the internet. Data and inspiration for A Song Heard in the Future would have taken quite a bit longer without the worldwide web. It seems possible that some sources may never have turned up in my exploration of ancient Greek mythology. With Astral, as the current work-in-progress is set at least 550 years in the future, the process is somewhat easier. There has been, however, still some research involved.

Visiting the nearest significant library involves an hour by train and an additional half hour on foot (round trip). Topics that have informed Astral include: some of Aristotle’s views on government, Neo-Platonist metaphysics, astrophysics, forensic and police procedures, and posthumanism. Finding just a few useful details might have taken a full afternoon. Similarly, my taste for esotericism is usually unrewarded in even great bookstores.

There are, of course, two chief problems with data mining online: 1. not every page is necessarily accurate or reliable and, 2. it is too easy to find something fascinating. Some months ago, for example, while collecting details for a piece of short fiction in an upcoming anthology I found details about Keumalahayati, the 16th century Indonesian, female admiral. I’d never read about her before; I suspect that when I read more she’ll grow in my estimation as a new, old hero.

That same short story prompted digging for only a few tidbits of Indonesian religion prior to the arrival of Abrahamic faiths on the islands. I was surprised to see so many parallels to Western folklore – useful threads for the story and enjoyable due to my fondness for seeing sameness between diverse cultures.

Since the project that brought both the admiral’s career and the mythology of her not so distant ancestors to my attention involved only a few thousand words, they’ve been easy to file away for any future need or reference. More recently I have in fact fallen down the wikihole a little bit, requiring me to summon discipline.

The idea that truth can be stranger than fiction is not new – although it has been more dramatically described in the past:

When something is unexpected and fascinating, almost regardless of how it may be presented or phrased, I think we’ll all a bit prone to rubbernecking on the information superhighway.

Within the past two weeks I have been discovering the details of a true story – from during the years of the Black Death and Europe’s witch craze. I am already resolved to both make this a novel and to let that wait its turn – until after Astral but probably before returning to work on Song. Posting about this experience – if a little obliquely – helps in setting a low priority in adapting my new discovery as a work of fiction. 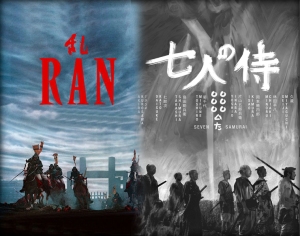 If one imagines something like Seven Samurai (七人の侍) meets Ran (乱) — involving shifting alliances between monarchs and mercenaries, add hidden agenda on each side and occult practices on at least one — digging into this a little counts less as distraction. It can be viewed as binge watching a season of The Man in the High Castle or Stranger Things.

One very unexpected side benefit to watching this season of “Well, who knew that?” was finding something I’d been hunting off and on for at least thirteen years. In another capacity I go by DJ Zophiel, one of the characters in John Milton’s Paradise Lost. Finding the sigil for the angel known as God’s spy in Hell and as the “cherubim of swiftest wing” proved impossible when I selected the alias. As it turns out, Gabriel’s got his trumpet – Zophiel could be said to have his upturned thurner horn. 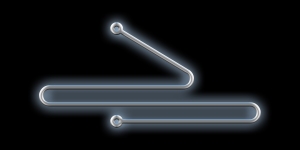 The problem isn’t the wikihole but in remembering not to get stuck at the event horizon. All. In good time.