The most frequent description of the character arc for a protagonist is called the Monomyth or The Hero’s Journey. This isn’t really an outline for the story. It presents an invitation to a date with destiny and is a road map for the main character. The story is about the destiny itself.

In an article I read recently, the claim was made that all the decision-makers in Hollywood are aware of this formula. That’s probably true but impossible to confirm. The article in question went on to imply that adherence to the monomyth is expected. If so, the audience is reacquainted with the Hero’s Journey with each and every story – even if they’re unaware of the structure. Does this mean members of the audience are indoctrinated to expect the monomyth? Are they evaluating stories based on this – even unconsciously? Is there value in exploring alternatives to this structure (made famous by Joseph Campbell and Christopher Vogler)?

Imagine the Hero’s Journey as a clock. Let’s say our Hero starts at Noon and ends at Midnight. It’s going to be a long day. She or he begins and ends at a metaphoric home. The first hour of the story shows us the world the Hero lives in, what daily life is like, and what responsibilities he or she has. 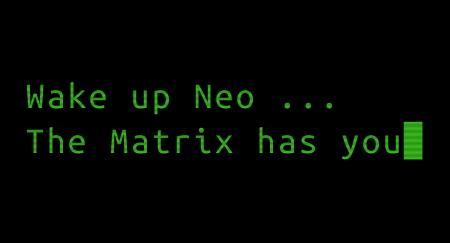 By 2:00ᴘᴍ, however, comes the introduction of a crucial shift in those responsibilities. The Hero spends the following hour presenting reasons that this change (and the new work it represents) can be done by someone else or avoided entirely. All the while, particularly between 2:00ᴘᴍ and 3:00ᴘᴍ, the Hero learns more about the situation and perhaps just why things were not ideal earlier that morning. All of the lessons during this hour are meant to illustrate not only that the Hero has a date with destiny – said date is an undeniable obligation.

People fear change. Our Hero is no exception. Until about 4:00ᴘᴍ, the Hero has been experiencing the stages of grief, in a sense. The day has provided shocking news. The Hero has attempted to deny the news and to bargain a way out of dealing with it. As the duty to respond grows inevitable, our Hero finally gives it serious thought and begins, at least mentally, to prepare to deal with it.

Perhaps for the sake of emphasis or as an actual intervention, someone arrives to kick the Hero into the real world. It is 4:00ᴘᴍ. This is the mentor, who may have arrived with a useful tool to present as a gift. From 5:00ᴘᴍ to 8:00ᴘᴍ, everything the Hero experiences is new. This is a total immersion and each skill the Hero learns is applied immediately of necessity. There are failures during this stage, of course. The Hero may even experience doubt and seek to quit.

At about dinnertime, some stories introduce a specific woman. She may seek to lead the Hero off the new road. Alternatively she may serve as a second mentor. This means the presentation by point or counter-point of the same theme. Depending on the manner of the character, the same line of dialog can be encouragement to quit or to continue. Note: If such a character is included here the author should be careful not to present this woman as a stereotype and cypher. If this sort of message must be delivered to the Hero and the audience, the messenger doesn’t have to be a woman. There’s a risk – as the monomyth is traditionally presented – of an approach to misogyny here.

By 7:00ᴘᴍ the Hero finally knows what’s really going on and what must be done. The date with destiny is set at 8:00ᴘᴍ and the Hero’s determination is now a true commitment. Of course the Hero wins. That is, very probably, why she or he is the Hero of the story. At 9:00ᴘᴍ, there’s a reward for all the trouble and injury along the way.

But it isn’t Midnight yet. The defeat of the villain is only partial and the payment for service may be intended as a another distraction. The Hero is unaware of this and it’s been a hard day at work – including overtime. There’s been an unexpected bonus. Ten o’clock. Time to go home. The way home is filled with obstacles. There may even be a race. The victory back at 8:00ᴘᴍ left loose ends. The road home proves the lessons have been learned and the skills are now an intrinsic part of the Hero. The transformation is genuine.

This final triumph comes at the Eleventh Hour and there’s an epiphany following. The Hero’s reward is reinforced by this event and the last steps home complete the transformation. As the clock strikes Twelve, the check is cashed, and it can finally – actually be time to celebrate.

All this to say, the author is not bound to this structure any more than the hero should be considered a slave to the story. If there is no choice, there is no story. If it is true that all good stories following the monomyth it is important to remember that all bad stories do as well. What matters more than compliance, then, is how the tale told departs from the formula. Going off the clock is part of what makes the story worth telling and memorable.