For about the last 25 years I have posed this as a puzzle: Name four real people to whom you are not related that have contributed significantly to your identity. Once I’d formulated this pseudo-riddle I first answered it myself before presenting it to others. The result is not exactly a Favorite Heroes list and I’m usually suspicious of answers that come within an hour. It took me a year to provide my own response.

My selections were – Gene Roddenberry for teaching me that ideals existed and which might chosen, Jim Henson for demonstrating the value of purposeful whimsy, Carl Sagan for showing that all subject matter regardless of discipline can be interconnected, and Richard Scarry for making it clear that nothing is complete when regarded only at face value.

From about the time this question had been crafted to the mid-90s each of these men passed away. Being dead was, therefore, not a requirement to make the Mt. Rushmore of Personal Sources. Neither should being a white male have been; it wasn’t intentional but it happened.

While it isn’t necessarily an exercise in favorite heroes (my list of those is somewhat different and longer) there is some similarity in both musings. Due in part to the emphasis in history and to traditional gender roles it’s just more difficult to find heroes who were or are also women. That may be one contributing factor in the true dearth of strong female characters.

When we do find them they seem to be required to be renegade warriors such as Katniss Everdeen or Black Widow. Further we must also see them as being in a relationship – more often with a man than not – or seeking one. A demonstration of sexuality has much more emphasis with female characters than with males. Buffy Summers’ story was sometimes more concerned with her romances with Angel and Spike than with actual vampire slaying.

The hero’s journey of a SFC takes a back seat to some man’s saga by the third act. River Song, Donna Noble, and Sarah Jane Smith (all from the Doctor Who franchise) are very capable characters and, while the series is about a titular man there’s no reason his story cannot be the B-plot. There has been some recent suggestion that the Doctor might some day be portrayed by an actress.

Dame Helen Mirren and Meryl Streep have both been advocates of broadening the roles available to women over 40 years of age to include more than just witches or grandmothers. Surely it should be easy to design a fictional role as homage to women like Abigail Adams or Dolly Madison – and without her motivation being only to support her husband in his career and ambition.

Both Molly Pitcher and Rosie the Riveter are folkloric amalgamation uncounted real women. A dramatization could certainly be written in in less than a year. But how would the writer address such women being driven back to more traditional and more subservient roles after the Revolution and WWII, respectively?

Boudica, queen of the Iceni and al-Kāhina, her Berber equivalent are worthy subjects, however both met quite tragic ends after living lives of sacrifice. These two and many other woman throughout history seem to be made to pay for their heroism-despite-gender with humiliation and/or execution. Small wonder that fictional sisters face comparable fates.

Whether it’s due to fear of aging and change or to any sense of being challenged by a woman this does have to change. “Strong female character” is not a description of a fictional person as it is the name of a problem. So I’ll be letting Carl Sagan graduate from Mt. Rushmore to Elysium – with Wrexie Leonard taking his place. She was the professional companion of Percival Lowell from about 1883 to 1916. She was a scientist in her own right and there’s no evidence she felt disappointed that she and Mr. Lowell never married or viewed life as she lived it as being tragic at the end. 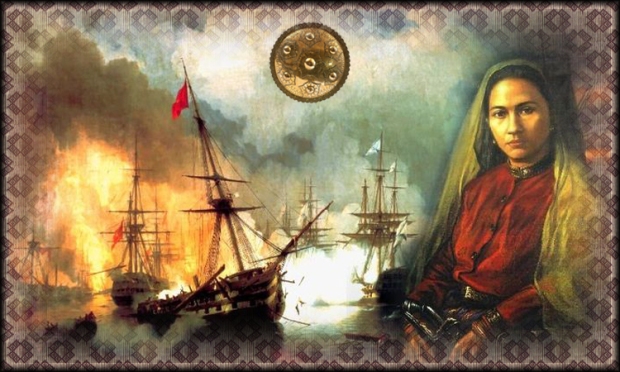 Jim Henson will be found on the other side of the rainbow now because his spot is going to Keumala Hayati, laksamana (admiral). Not only was she Indonesian (a nation that contributes 25% to my ethnicity and heritage) but also an opponent of the status quo she and officially a diplomat. Her 16th century career in the navy of the Aceh Sultanate seems very likely to have brought her to the attention Queen Elizabeth I during the final year of said monarch’s life and reign. I have yet to find any account of her death and – in my opinion that gives a wide territory in which to invent legends of the Lion(ess) of the Sea; which I now have plans to do.

My business partner and coauthor on upcoming work, Leanna Renee Hieber, has recently written about feminism in the gothic tradition. Coming from her discussion on these topics definitely carry more weight then when it’s on my mind.