Since the release of Pokémon GO, I had been attempting to understand just why it had become a social media phenomenon. “I just like it.” That’s the most common answer given by pokénthusiasts – who are not just existing fans of the 20-year franchise enjoying a new expression of it – when asked why they play. At face value that is a perfectly reasonable explanation. Attempting to probe deeper may prompt defensive responses and/or accusations of being a hater of one type or another.

I have lately been borrowing a friend’s Pokédex to emulate their experience with the game – hatching, catching, and watching evolutions. There have not yet been any training nor any battles fought. The animation and use of color are certainly part of the appeal. The use of Google Maps in navigating the augmented reality fascinates me. First of all, it’s a very clever shortcut in coding I’m sure. It also appeals to my long-standing (and previously documented) love of maps.

Many – not all – of the creatures are cute and I cannot really claim to be immune or opposed to cute given my Pandora’s Pets creations. Like the Pets, Pokémon has a deep lore from which to draw. Admittedly, the mythology I’ve been developing for my little monsters isn’t as fast as that of Pokémon – yet. And just like the Pets, which are designed to help people with specific emotions, each of the pokémon might prompt a new thought.

One of the newest pokémon – released in Sun & Moon this past November – is Lunala, an emissary of the Moon. While preparing this post I discovered her and found myself saying, “Okay. When she’s in Pokémon GO I’ll play.” And then I found myself asking why I’d had that reaction. That is apart from her seeming particularly badass.

She reminds me of Starhawk from Marvel’s original Guardians of the Galaxy comics (yet to appear in MCU films) and the Elven Man-o-war ships from the Advanced Dungeons & Dragons Spelljammer campaign setting. 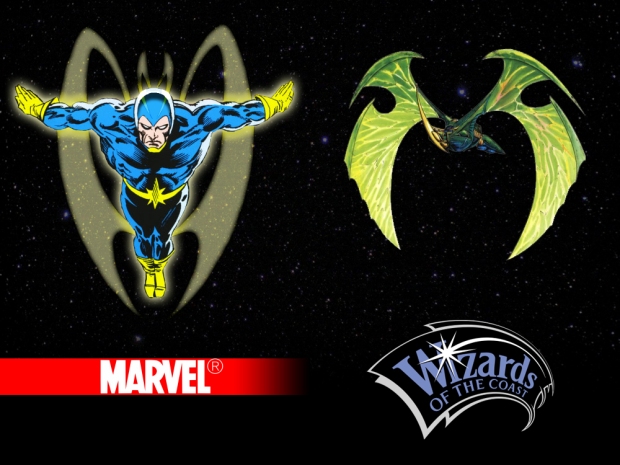 With a sci fi novel in progress and the intent to retrieving the ancient Greek myth story from the back burner, I’m not going to let myself get distracted. A few new ideas have popped up while examining this bit of zeitgeist and they’ve been filed away. But spending a little time at the PokéStop has reminded me of a few other strange things.

Johann “Trithemius” Heidenberg was an abbot known for compiling dictionaries and writing about cryptology. History also holds him to be an occultist, chiefly due to misinterpretation of his book Steganographia (written c. 1499). The term used as the title means, in essence, the art of hiding a secret message within a presumably mundane text. Trithemius chose to present this manual as a means to summon spirits that might then be forced to transmit messages over great distances. Depending on one’s perspective, the result would be clairsentience or a worldwide mystic web. 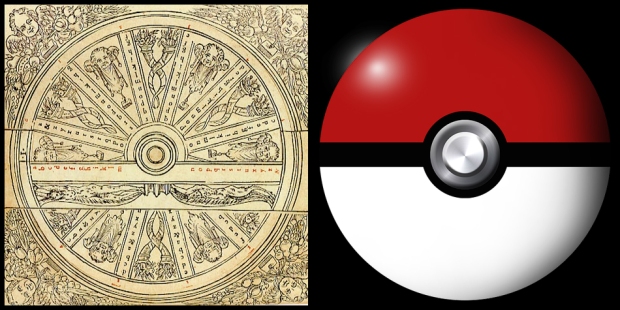 Most of the abbot’s contemporaries seem to have missed the point – a lesson in code – and focused on the magic. The abbot was an opponent of the historical Dr. Johann Georg Faust and Steganographia inadvertently inspired a 16th century craze: catching demons. An advisor and astrologer to both Queens Mary and Elizabeth, Dr. John Dee, was all in – even designing a mystic sigil to represent himself and certain hopes. He was the first to use the phrase “British Empire” – and then as an aspiration.

John Dee would certainly have known about a number of spirit-catcher manuals including Steganographia, Ars Goetia, and Pseudomonarchia Daemonum by Johann Weyer. The latter two grimoires provide names and descriptions for a number of demons (72 and 69, respectively) along with the advantages of summoning and binding each one. King Solomon is said to have done this to speed construction of his famous Temple. Why not by Elizabeth I to expand the reach of Britannia? 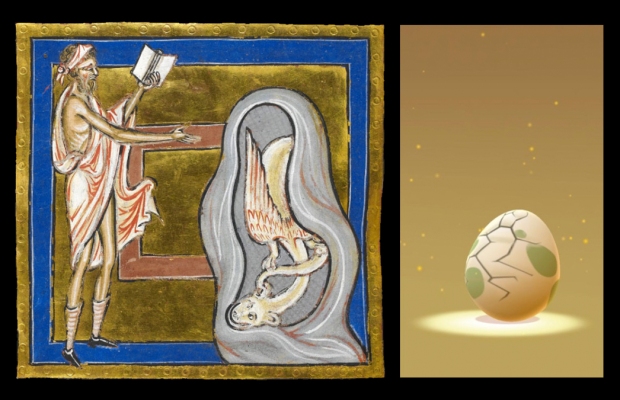 12th century Pokémon trainer waiting on that egg to hatch.

The origin of these spirits may have been the result of a misconception but they seem to be as difficult to “put back” as the woes and evils that sprang from Pandora’s box. Goetic names turned up through the French Revolution and now are mentioned in comic books and manga, TV shows and roleplaying games. At least half a dozen names that John Dee might have mentioned to his sovereign have been used in Pokémon’s cousin – Yu-Gi-Oh!

I’ve been aware of these opposite numbers to the Shem ha-Mephorash (המפורש שם, the Qabalistic hidden name(s) of God) since 1982 but from nothing more arcane that the DragonQuest rpg by Simulations Publications, Inc. (SPI). The spirits that Dee hoped to harness appear in the works of Wayne Barlowe since 1998.

In a conversation with my business partner, Leanna Renee Hieber, about all of these notions she made the connection that the Elizabethan obsession and pokémania had a lot in common. 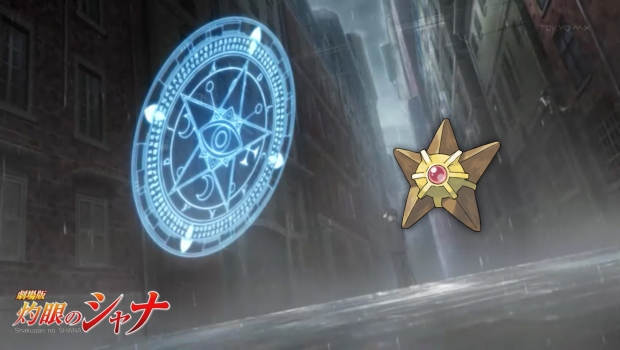 Decarabia as seen in Shakugan no Shana and Staryu from Pokémon.

Peculiar creatures and imaginary lore seem to have always been poking around the marginalia of our minds and zeitgeist. This was true when – in the mythology of the founding of Thebes – Cadmus fought a dragon and later became (evolved into?) one. The borders of Medieval manuscripts, including apparent wars with rabbits and snails, demonstrate that weird beasts would not disappear even given 3000 years. Pokémon may be the latest expression and if so folkfauna may evolve forever.