For roughly two weeks, I have been pondering the concept of anarchy. In the present political climate of the United States I have heard members of both major parties accuse the other side of wanting anarchy. One calls their rivals proponents of lawlessness, the other follows suit. It does not matter if one side is correct or if neither argument has a foundation in fact. What are they actually suggesting?

Apart from this conflict – one that may have no resolution – there may not actually be any such thing as lawlessness and, therefore, no anarchy as the term seems to be understood à l’esprit de l’époque. If every human being is individually comparable to a nation then each person’s code of conduct amounts to their body of laws. Where a number of people choose to follow the same code, the result is a culture.

It is not irrational to propose that we all follow such a code whether consciously aware of it or not. The patterns that drive the sociopath and psychopath may be deduced. The criminal may be profiled. Such patterns and profiles are evidence of a code.

A completely chaotic environment is imagined of so-called failed states. History demonstrates, however, that society will resort to some form of might makes right after a collapse of the previous order. A warlord seizes power and imposes his or her code. A strict new system of law is implemented. Kant called this despotism. He offered the formula of a dominant force in control of the people without providing any law or for any freedom as barbarism. That’s precisely what most seem to think anarchy is.

Anarchy is actually the same as a republic, again following Kant, with one exception. An anarchic state rejects the use of force. The term originally implied the absence of a leader. There seems to be a tendency in human nature to demonize any person or group that make different choices about facets of a code of behavior – whether that’s a foreign power, a minority group or subculture, or an outlaw. Instead of being challenged to offense by other options it might cause less societal woes if the challenge accepted it to reexamine past choices.

The anarchist has a bad reputation that may only be deserved if the objective is to tear down a government and no replace it with something to address the functions of government.

For some time the work of T. H. White has been bumping about in my mind. In his tales of King Arthur the central figure is transformed by Merlyn into a variety of different animals. Each species and how it lives is a metaphor for a form of government. The goose serves as the emblem of anarchy. Young Arthur is to learn alternatives to might makes right by these experiences and he ultimately prefers the ways of geese.

The cause of war, White concludes, is twofold: dividing people by borders and making resources harder to reach will result in conflict. The goose is tolerant to a point – until another seeks its food or progeny. Each member of a flock of geese takes a turn on land as a sentinel while the others feed and as the tip of the v-formation in the sky. The position of “leader” rotates in all situations. Borders are circumvented and fresh resources are discovered by flight. 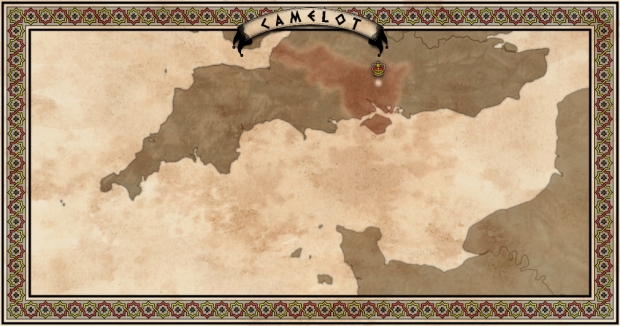 Arthur might never have become king. While living as a gander he learned to prefer their society to that of humans or that of any animal Merlyn forced him to examine. Just before the old wizard restored Arthur to human form the future king had proposed marriage to a goose named Lyo-lyok.

Given that, it’s a wonder King Arthur didn’t have a goose on his shield or banner. And given all of the above, I’m not convinced lawlessness can exist. Some of these musings and some other parts of T. H. White’s work have gone into the socio-political environment of Astral. There likely won’t be geese, though.